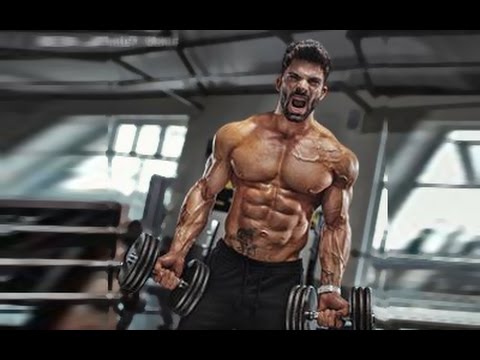 The time has come to pay attention to a symbolic supplement with which generations of trainees have literally grown up. We can consider BCAAs or branched-chain amino acids as gold-grade supplements because of their high research and generations of experience in their use. Moreover, they are present in our food anyway, even if we do not take them as a supplement.

Modern research sheds new light on their effectiveness. What turns out – dust in the eyes or justified fame? And is it true that they promote growth beyond hormonal stimulation? Are they safe? These and other questions are answered in the article in the most impartial way possible and with a scientific approach.

Together with other 6 amino acids BCAAs belong to the group of essential ie. essential molecules for humans. It is interesting to know that nearly 35-40% of the composition of essential amino acids in the body and nearly 14-18% in muscle tissue are leucine, isoleucine and valine.

BCAAs are essential amino acids with a specific structure. They are obtained only from food and at the same time constitute a significant part of muscle tissue.

What is in the BCAA combination?

Each of the amino acids taken separately has common and unique functions, but their intake in combination creates a new type of effect. For now, the proportions of amino acid intake are thought to modify the effect by tilting it toward one function or another.

The ratio of leucine: isoleucine: valine varies in different formulas. There are different combinations:

There is no data on whether a particular combination is better than another. 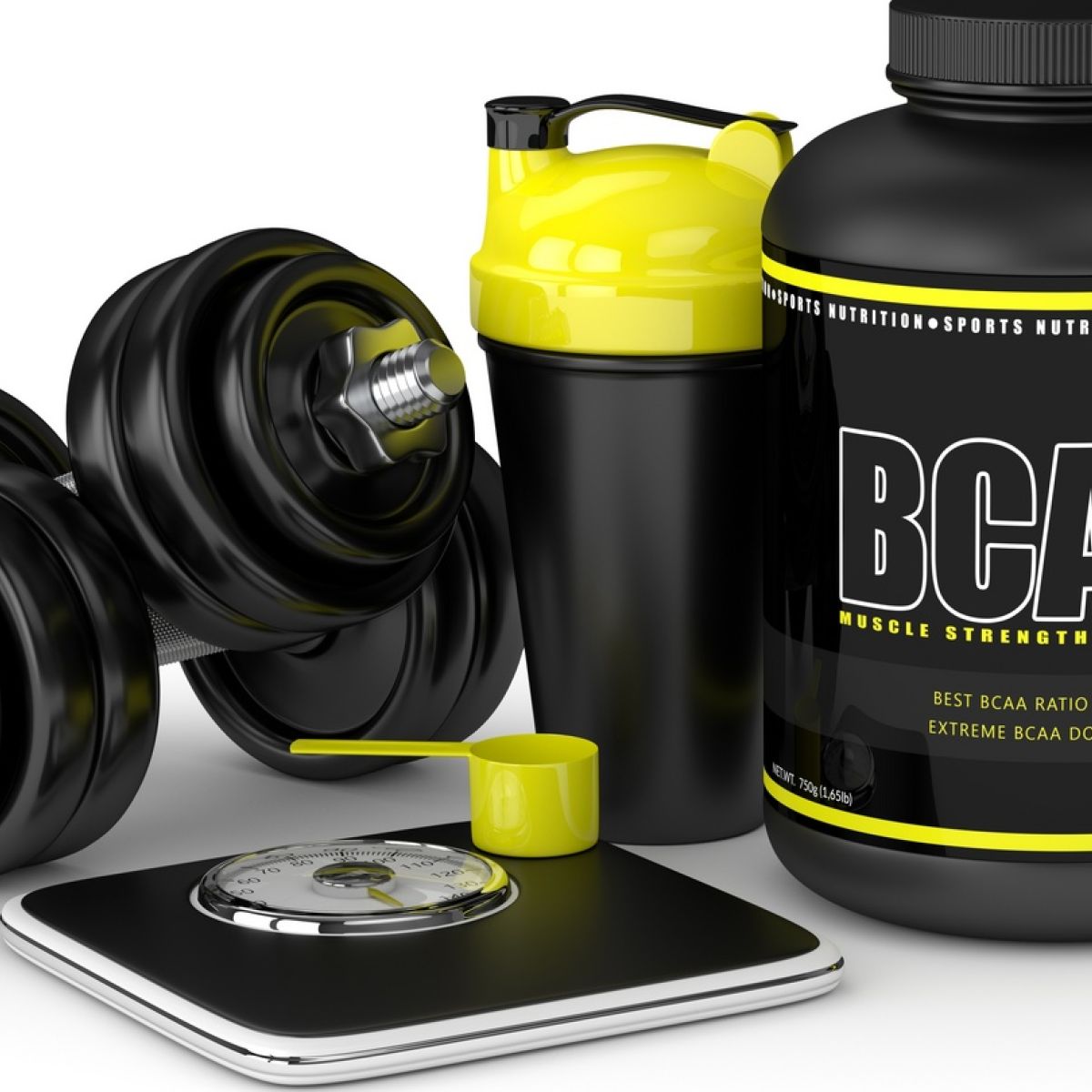 What you need to know about branched chain amino acids?

BCAA supplementation is considered an interesting nutrition strategy to improve the state of protein balance in skeletal muscle under a number of conditions. The most important are:

However, not all claims have sufficient target-specific and well-controlled studies. For this purpose, below you will find the evidence for each effect separately.

One of the three amino acids, leucine, is a leading factor in the stimulation of protein synthesis under these conditions, thanks to its stimulating effect on the translation of ribosomal signal RNA into the ribosomes of muscle cells.

Recall – these are networks of cellular organelles that produce protein by attaching to mRNA (messenger RNA). A large number of synthesis mechanisms, including phosphorylation of ribosomal protein S6 Kinaza, eiF4E binding protein 1, eIF4G, contribute to the effect of leucine on initiating mRNA readings.

These mechanisms not only promote global protein synthesis (throughout the body) by initiating mRNA translation, but also contribute to deciding which protein to synthesize between competing mRNAs.

All this means that, depending on the conditions of intake, chain-branched acids have a positive effect on muscle growth and recovery, including anabolic when eating a calorie excess.

When taken orally, BCAAs reach the muscles and organs through the blood and lymph and suppress proteolysis (breakdown of proteins) regardless of insulin levels , ie. act as a muscle protector without being dependent on insulin, which means that it can protect the muscles in the absence of carbohydrates or low blood sugar .

These are the conditions in the muscle cells and in the body during heavy long-term training, during glycogen depletion or during a diet low in carbohydrates (VPD, NVD, etc.).

Several other BCAA-related effects have been observed. First, it seems that their metabolism as a cellular fuel during oxidation in cells during exercise is associated with and activated along with that of fatty acids. The presence of BCAAs increases fat burning under these conditions (depleted glycogen). 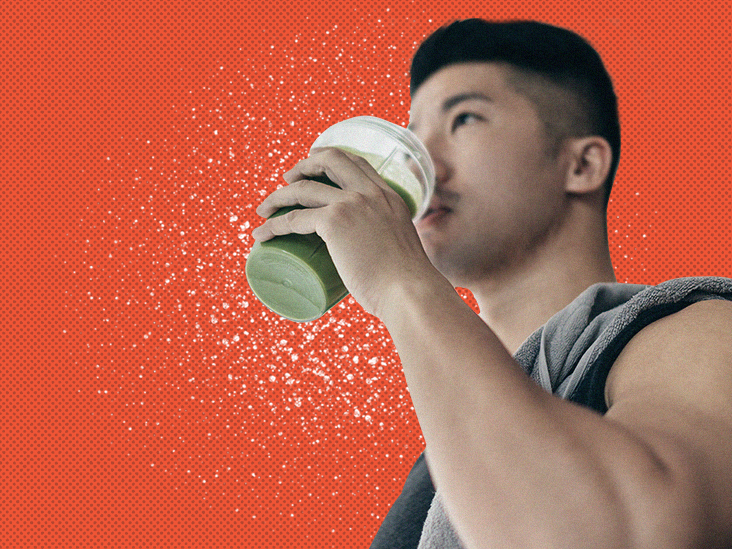 What are they used for and what are the health benefits of BCAAs?

Although they have been used in sports nutrition and supplementation for over 50 years, BCAAs still need research to confirm their vitamin-like properties once and for all.

Below, the BB-Team has collected the most important of more than 30 studies conducted over the years on the effects of branched-chain amino acids.

Proven and potential benefits in humans:

Unproven effects and evidence of no effect

This is one of the main issues that are related to BCAAs. For years, they have been advertised as a dietary supplement to restore and increase muscle mass.

A brand new study from June 2017 looked in detail at the effects of BCAAs on myofibril muscle building and the overall effect of the three amino acids on strength athletes.

The results show a positive effect of branched chain amino acids, but it is extremely modest. The conclusion is that BCAAs alone are not very effective in building muscle mass and impact on strength training.

What does the study actually say?

BCAAs have little effect and activation of the mTOR mechanism is not sufficient in itself. The lack of other essential amino acids limits the positive effect of BCAAs. The same applies to leucine alone.

Taking EAA (essential amino acids) or whole protein can be just as effective or even more effective than taking BCAA alone. (39)

Other studies have reached similar conclusions. In a specific test, the addition of essential amino acids to a mix of protein and carbohydrates marked an increase in the insulin response. It has been found that this effect is stimulated not only by leucine but also by phenylalanine and tyrosine . An association between insulin secretion and plasma levels of these three amino acids has been established.

Studies of leucine have shown that it does not affect markers of anabolic processes in older men. Tests on essential amino acid complexes have found that they stimulate muscle anabolism in the elderly, with the balance of phenylalanine levels changing dramatically.

Scientific research suggests the benefits of EAA and whole protein over BCAAs when it comes to stimulating muscle metabolism.

Are there any side effects and contraindications to taking BCAAs?

The most affected condition is amyotrophic lateral sclerosis (ALS or motor neurone disease). The main risk is associated with the stimulation of the mTOR mechanism, which stimulates the intoxication of motor neurons. One theory suggests that frequent ALS in athletes may be associated with increased BCAA supplementation.

In 2012, a study was conducted on the toxicity of BCAA on the bodies of young athletes. The aim is to establish a tolerable upper limit. According to tests, the maximum allowable dose is 500 mg per kilogram of active weight. This is equal to 40 grams for an 80 kg man. Higher doses significantly increase serum ammonia levels. (31)

The safe limit for an 80 kg man is considered to be 40 grams of BCAA per day.